Show all categories City Back
back to overview
Robert Hettich:
Picture "Autostadt" (2018) 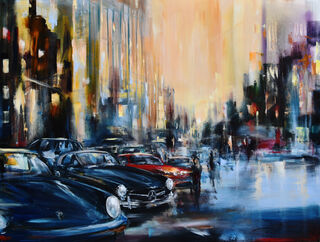 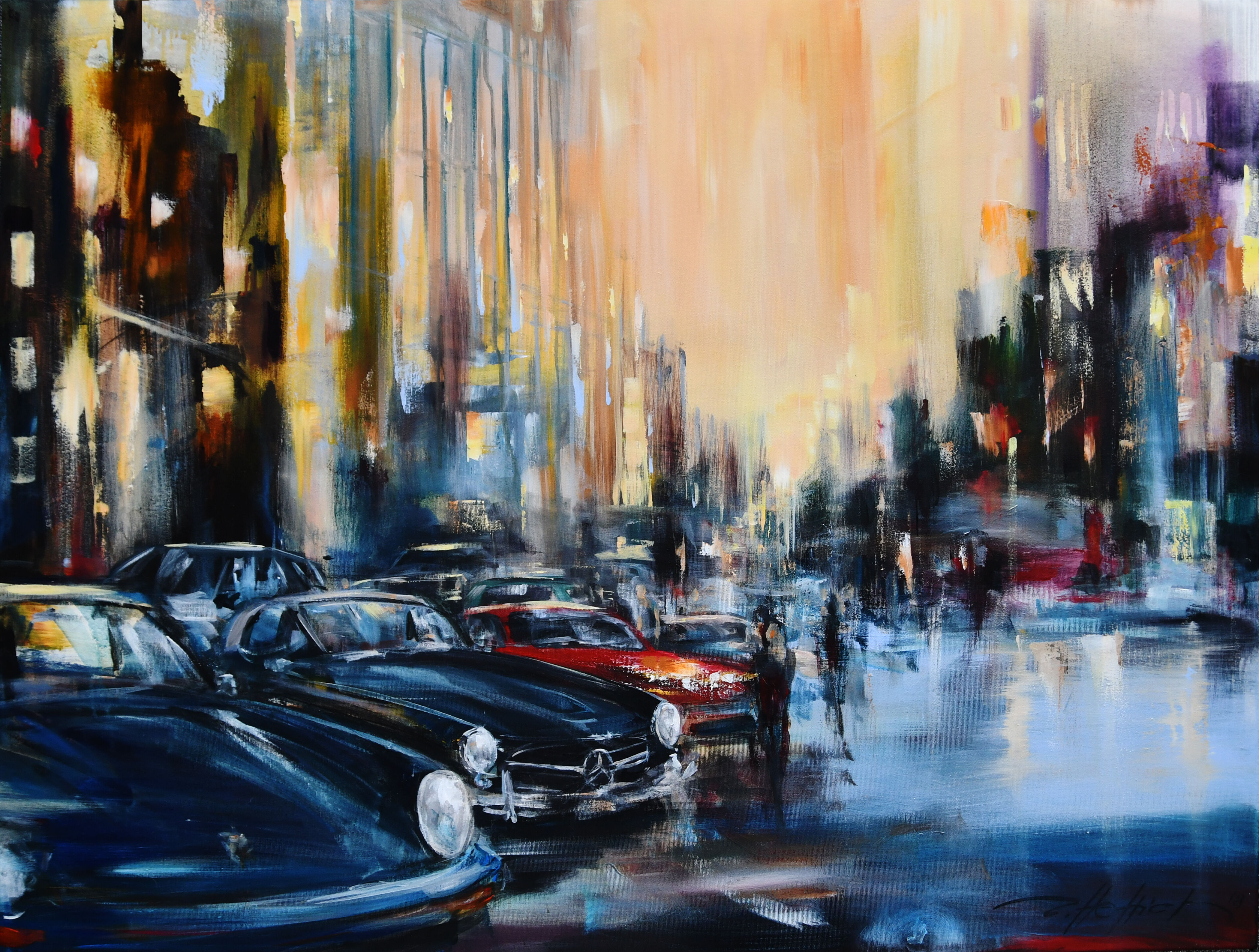 A flood of impressions that, like the light, floods the mind. City, cars, people, streets... 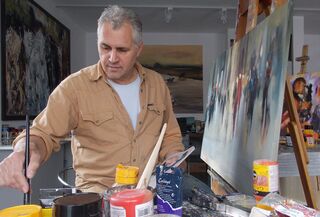 Robert Hettich studied graphics, art and painting in Leninabad, in the former USSR, from 1984 to 1988.
Here the classical education of artists was strictly based on the fundamentals. In 1988 the Hettich family was able to leave for Germany. Until 1992 Robert Hettich worked in Hanover, first as a graphic artist, then (until 1997) he was drawn again to the university. This is followed by the study of "Art and Design" at the University of Applied Sciences and Arts in Hanover, where he is placed in the 3rd semester. The artist knows painting means and techniques inside out. Associatively he reaches for a certain color tone or draws connecting lines to existing things when an element inspires him. Robert Hettich is a busy German, or rather European artist: a networker in matters of art without borders. He is an international advocate for the arts and artists, organizes and plans symposia and exhibitions that connect people together with cultural commissioners, curators, gallery owners and international colleagues. He has been praised and awarded by relevant institutions for his commitment to transcending borders and cultural exchange. Numerous exhibitions and participations in the international art symposiums, art fairs, art biennials in Europe and Asia, his paintings are in private and public collections worldwide. Robert Hettich works as a freelance artist using various painting techniques. He has long been highly regarded in collecting circles as well, combining technical perfection with creative originality.
Empfehlungen
product
A1000111464 Picture "Autostadt" (2018) https://www.artsolitaire.arsmundi.de/en/robert-hettich-picture-autostadt-2018-a1000111464/ https://www.artsolitaire.arsmundi.de/thumbnails/e1/a9/00/1668340617/autostadt_1a4134633b75b57c4639071b990ec10e_20221113125657_320x320.jpg InStock 8300 EUR A flood of impressions that, like the light, floods the mind. City, cars, people, streets... /Pictures /Pictures/Art Style /LP /Pictures/Theme /Pictures/Material / Medium /Artists /Pictures/Art Style/Expressionism /LP/Acrylic /Pictures/Theme/City /Pictures/Material / Medium/Acrylic /Pictures/Material / Medium/Paper /Artists/Künstler-Detailseite /Pictures/Material / Medium/Wood /Pictures/All Pictures Robert Hettich Acrylic | Canvas, stretched on stretcher frame | Format 90 x 120 cm (H/W) | picture hang up Robert Hettich 0 0 0 1 1
Foundation Modal

Inroom view
Choose Your Cookie Settings
We use cookies and similar technologies provided by various services to provide you with a better and safer user experience. Some services are necessary for the website to function, whilst others are used to analyse and improve the user experience and are used by us and other approved third-party partners to tailor relevant advertisements for you.
By clicking Accept All Cookies, you give us your consent to use all services that require your consent. You can decline services that are not required by clicking Decline Cookies. You can change your preferences at any time under .
Currency calculator
Price in EUR
€8,300.00
Exchange rate:
Stand:
The service is currently unavailable.